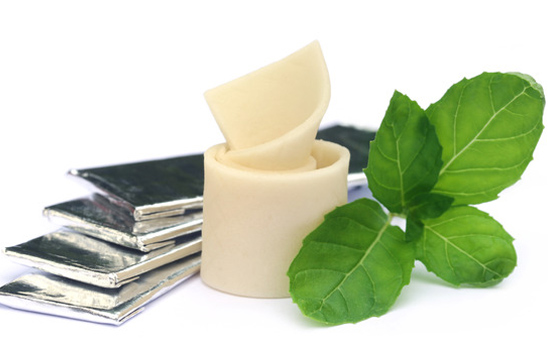 Who wouldn't like to have white teeth? In reality, just a few people have an ideally white smile, though, everybody dreams about it. On the market we can now get chewing gums which - according to the producers - possess whitening qualities. Do tooth whitening chewing gums work at whitening teeth?

Unfortunately, with age our teeth lost their shine, especially when we smoke or drink a lot of coffee and tea. In the face of such a problem some people appeal to professional whitening methods and buy whitening products for home use. However, many look for simpler and cheaper ways to whiten their teeth. One of possible solutions is a chewing gum with a whitening agent.


You can buy the tooth whitening chewing gums in the internet, but the most popular chewing gum producers in the USA also have them in their offer. Commercials and adverts assure that when used regularly, chewing gums will whiten our teeth. Though this method is undoubtedly a tempting and more comfortable than the professional treatment, it is actually not very effective.

Majority of the teeth whitening chewing gums contain cleaning and additional abrasive agents to remove plaque from the teeth. Though they won't whiten the shade of our teeth, they may help to remove the surficial stains caused by coffee or tea, which are easy to remove.


Though chewing gums are not very effective in teeth whitening they have a lot of different useful qualities. Chewing a gum causes salivation and saliva helps to remove bacteria that are responsible for caries as well as it neutralizes dental plaque acids. However, we can save money and achieve the same effect by chewing an ordinary gum that contains xylitol. Research shows that caries occurs by 40% more rarely with children who chewed a gum after every meal during two years in comparison to children who didn't chewed any gum.

To chew or not to chew?


Don't spend money on the “special” chewing gums because they won't produce the expected effect. Remember that the chewing gum has a positive effect on the condition of your teeth and gums, therefore it is worth to chew it after every meal.