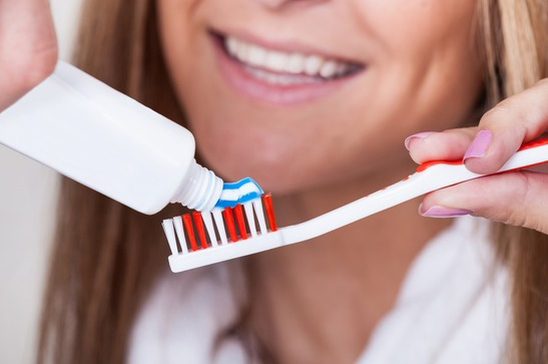 The pursuit of white smile is commonly associated with the 20th century society. However, people have been striving for white teeth since hundreds of years.


The history of teeth whitening goes back to the ancient times. Already in 3000 BC people used slender branches of trees that they were chewing in order to remove unwanted food remains. In fact, certain kinds of trees had antibacterial compounds which were helpful in keeping teeth healthy and in a good condition. To date, some tribes have been still chewing sticks in order to keep healthy teeth.

The invention of toothpaste


Do you think that toothpaste is a modern invention? Nothing could be further from the truth. It was invented about 4000 years ago by the Egyptians who mixed pumice with wine vinegar. Wine vinegar removed the residue and the plaque from teeth and pumice had abrasive qualities. In the ancient Egypt white smile was very important as it was a symbol of beauty and wealth.

Whitening by means of... urine


Yes, the Romans hit upon this way of teeth whitening. And they were right: in fact, ammonia has whitening qualities. The urine of the Portuguese and children was of the highest value. To date, a lot of whitening products contain ammonia. Fortunately, we don't have to follow such primitive methods as those used in the ancient Rome.


Toothbrushes, which are similar to these that we use today, were invented in China ca. 1498. Bristle was made from stiff hairs of siberian pig's nape and was fastened to a bamboo or bone handle. The people of China discovered that using toothbrushes let them keep healthier and whiter teeth. The European merchants brought the toothbrush to Europe but it didn't catch on in our culture. In these times, in Europe, only the upper class took care of teeth and they used brushes made of soft horsehair.


In the 17th century the hairdressers were involved in teeth whitening. They rasped teeth and put whitening acid on them. Such treatment produced effects but it also led to enamel erosion and different teeth illnesses. At the beginning of the 19th century the dentists hit on an idea that sodium fluoride may have whitening qualities after they discovered that the patients exposed to contact with chemicals in water and food had no plaque on their teeth.

In turn, today's most popular teeth whitening products that contain hydrogen peroxide owe their composition to a discovery from the 1980'. Hydrogen peroxide was commonly used as an oral antiseptic gel for treating gums. It was early noticed that whiter teeth are a side effect of using the gel. A massive production of products that we can now find in every drugstore began a few years later.